Bruce Outridge Gets Featured On Rates and Lanes Podcast

I had the pleasure of being on the Rates and Lanes Podcast with hosts Chuck Snow and Ricco Muhammed. The Rates and Lanes Show on Blog Talk Radio. The show starts out at offering information on rates and lanes for owner operators in the United States but also gets into many different aspects of the transportation industry. Recently they had me as a guest on the show and the conversation was in high gear. If you missed the live version of the show then you can hear the replay below.

Check out the show in the future.

Bruce Outridge is a media entrepreneur specializing in the transportation and creative industries. A part from being a professional cartoonist Bruce is the producer of several podcasts, television shows, and radio networks. He is also a published author and professional speaker. You can learn more about Bruce and his work at www.bruceoutridge.com

Leaders Inspire From the Inside

We often think of leaders as someone in charge and commanding the group as the Google definition states above, but I think of leadership differently. I think of leadership as someone who inspires others by doing what they say they are going to do and helping others see their true potential. That vision will look different to different people and some may not even see themselves as leaders. Many times if you ask a leader if they are a leader they will say, “no.” Leaders are often leading groups even if not selected as the person in charge, they just offer their opinions and usually make the group a better place helping them move forward. You may be a leader and not realize it. Leadership may even be hidden under the umbrella of “ambition”.

I want to talk about silent leadership. The type of leadership where you don’t even know you are trying to lead someone. Maybe you are just trying to make life better for yourself and by doing that are inspiring others.

Silent leadership is when you don’t even put yourself in a leadership role but because of actions you are taking to improve your own life you are inspiring others. I have known Lucas Redwood for a couple of years. We met on set filming my television show Inspiring Youth and I was immediately impressed with this ambitious young drummer. Over the years we have been part of the same circles and I have watched this young person grow and look towards the future. With the pandemic Lucas has been instrumental in helping many of his musician friends transfer from doing in-person shows to playing concerts online. I was really impressed how he took a leadership role in helping musicians he had never met and learning software and other elements needed to put on an online show.

I have been so impressed with this leader that I have had him on my podcast and television show a number of times. I have even started helping him create his goals for the future. Lucas was awarded our Inspiring Youth Award for 2021 for all the great work he is doing and has done over the years.

Kia is another silent leader who helped put together a team of animators through a class at Sheridan College during the pandemic to create an animated film remotely with a team of over ten people. She has been instrumental in keeping the project going and even though she doesn’t see herself as the leader of the group, she was the one that took the initiative to seek out other art groups which is where we met. That resulted in the television show and now podcast.

For myself leadership isn’t about being in front or leading the group. It is about inspiring others to be the best they can be. I just remember my childhood days when I didn’t think I was good enough or feel I had anything to offer. To be honest I still feel that way sometimes, maybe that’s what keeps me striving to be better. Realize for you that leadership shouldn’t be a title, it should be a mindset. Hopefully you are leading others and you may not even know it and that’s okay too.

Bruce Outridge is a media entrepreneur specializing in the transportation and creative industries. Apart from being a professional cartoonist Bruce is the producer of several podcasts, television shows, and radio networks. He is also a published author and professional speaker. You can learn more about Bruce and his work at www.bruceoutridge.com

Branding expert Paul Copcutt has started a new marketing and branding podcast for the real estate investment industry. On the podcast which began in early April 2021 he interviews different people that would be of interest to the industry helping them improve their brands with brand improvement and marketing strategies.

In this particular episode Paul invited me on the show to talk about video marketing for real estate professionals and how they can use the medium to engage their clients. Paul and I have been friends for years and met through some local networking groups. Thanks for having me on the show Paul.

Listen to the podcast episode below:

Paul Copcutt is CEO of REI Branded, a Real Estate Investor specific branding and marketing agency, helping busy real estate investors and related professionals build brands and businesses. This helps them feel they do not have to attend every networking event or Zoom meeting, be glued to social media, or feel too salesy.

His branding and marketing expertise has been called upon by numerous leading real estate investors and also industry groups including The REITE Club and the Canadian Association of Rent-to-Own Professionals.

This pandemic causes you to look back at things in a weird way. It was just over a year ago that the pandemic started and I finished writing my sixth book “You’re Not Done Yet” a book that I had been writing on and off for a year. With the pandemic starting it had given me that time to complete things and tick off one goal complete. With the pandemic lasting much longer than many had anticipated many have either started writing a book or have had time to reflect on life and decided that a book is something they want to add to their bucket list to share their experience with the world. Whatever reason you have for writing a book we can help you with the four steps listed below. When you finish your book let me know maybe we will interview you about it on the podcast.

Step 1- What type of book will you write and why?

The type of book you write will depend on you and what your reason is for writing the book. Are you writing a book as a course or showcase for your expertise? Are you writing hoping it will be a best seller and offer you fame and money? Will you write a novel or a self help style book? Will you publish it through a traditional publisher or self publish the book? These are all questions that need to be answered first and reading other books is a great way to get started. Make some notes for your research know what you want for the final outcome. Most books won’t make you money but may bring opportunity in other ways so don’t measure on someone else’s success. Our monthly book club is now reading The Ugly One in the Middle by Stan Campbell which is a self published biography that may be of interest if you need a place to start.

The next step is marketing your book and it may seem weird that this step is before the actual writing of the book. You’ve probably started writing your book but at least six months before it’s done you should start marketing your book. I get calls from people all the time about illustration work for their books and the first thing I tell them is to do the cover image and webpage first. This way you can start your marketing and promoting your book building some buzz about it. I have included some information for you below on marketing tips and what you will need on your website for the book.

It’s amazing that writing your book is step number three and you may have already started it earlier but I see it often where people wait until the they have written it to start marketing it and lose a lot of time that could have been better used to promote it. Writing the book is the big work and if you’ve done your research it should give you a big start into the success of your book. Jyotsna Ramachandran helps people get their books into print form and offered some writing tips during the interview we had on putting the book together so you may want to listen and take some notes from that episode.

If you don’t think you can write the book yourself then a ghost writer may be something to consider. Later this month in an episode with ghost writer Laura Gale we talk about how ghost writing works and what you need to have in place for the book to be completed. Listen to that episode later this month.

Once the book is written it is time to put it together online on your own or with the help of a self publishing house. The podcast episodes below deal with those issues.

Seeing the final book in place and completing a goal is cause for celebration. Whether you’ve self published or gone with a traditional publisher now is the time to let the world know. Planning a book launch can be exciting and daunting. I had a full day six hour book launch for my last book and previous books I had actually gone on a speaking tour. Whatever you decide to do have fun with it. Below is a video from my book launch if you need some ideas.

I hope the information above helps you achieve your goal of completing your book and checking off a life long goal. It can be very rewarding to finish a book and see it in printed form.
I wish you luck, stay safe.

Bruce Outridge is a creative / media entrepreneur. He is a professional cartoonist, podcast producer, radio station producer, and television host producer. You can learn more about Bruce and his work at www.bruceoutridge.com

You can learn more about the Inspiring Youth show at http://www.inspiringyouthtv.com and look for it on Your TV channel 700.

The show is hosted by creative entrepreneur Bruce Outridge as he talks with ambitious youth in the community and the community partners that work with them. You can learn more about Bruce, the show, and program at Inspiring Youth TV at www.inspiringyouthtv.com or on YourTV/InspiringYouth 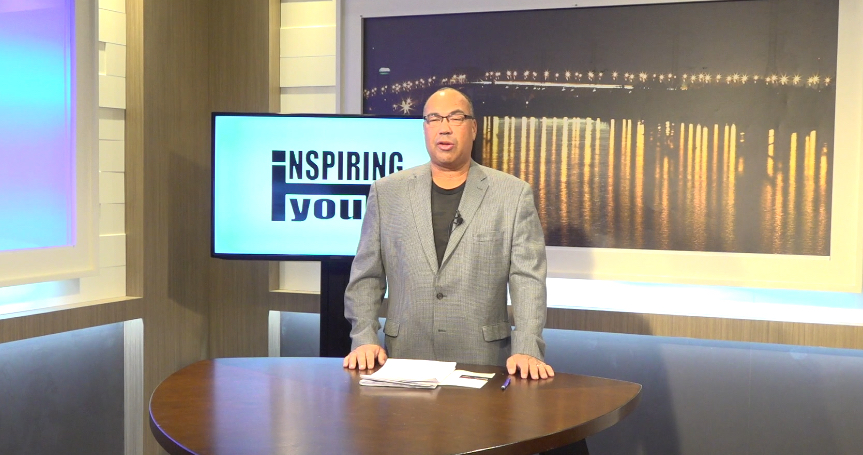 Cashing in on Creativity Podcast with Bruce Outridge

Cashing in on Creativity Podcast